Free Next Day Delivery On £100+ Orders

All You Need to Know About Orange Wine 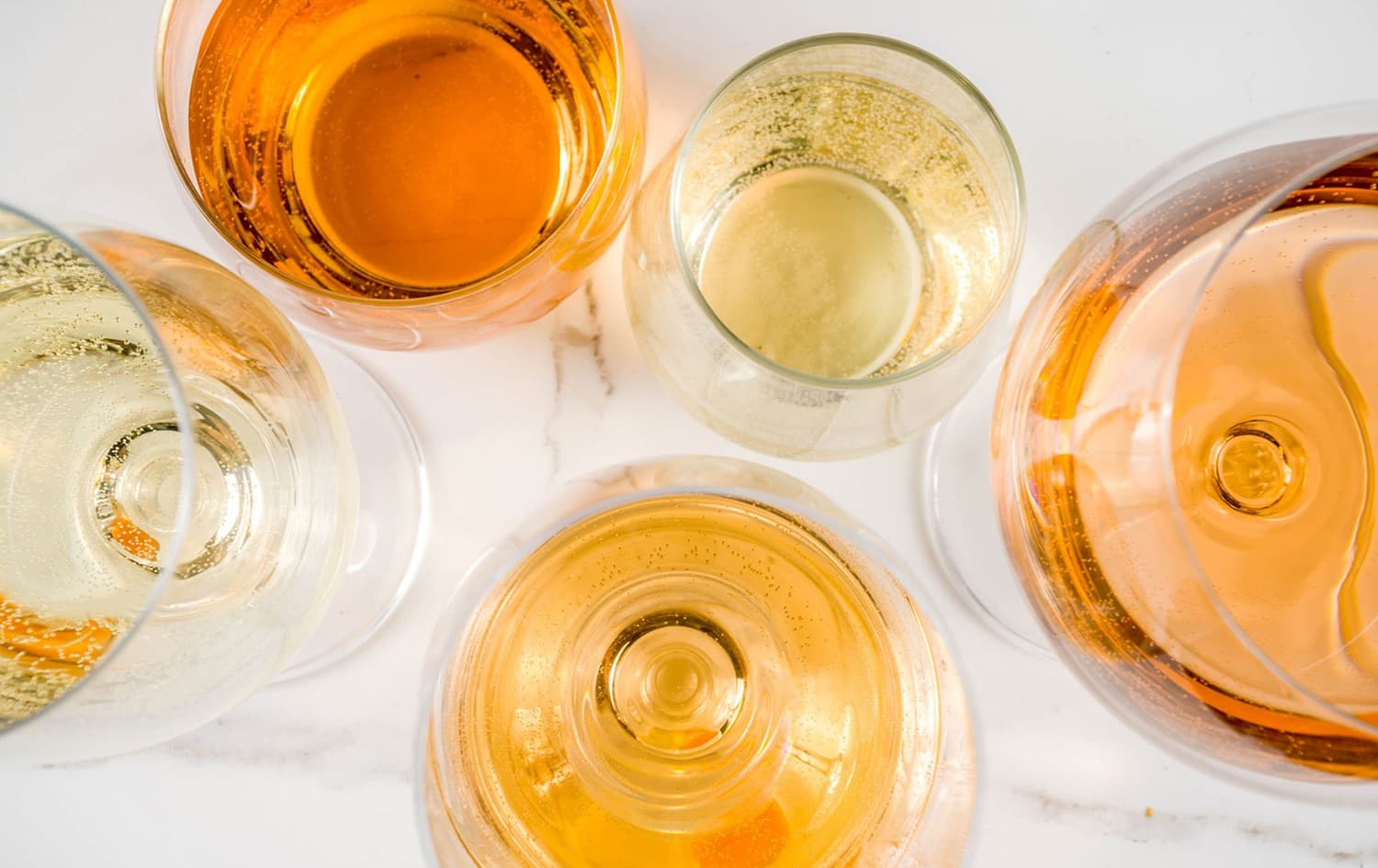 Orange wine is essentially a white wine that is prepared in the style of red wine. After pressing, white grapes such as Pinot Grigio, Riesling, or Chardonnay are left in touch with their grape skins. The juice extracts Tannins from the skins, imparting structure, body, and colour; The finished product may not always seem bright orange; some orange wines have a golden, honey, or amber colour.

The wine must be separated from its skins and allowed to finish fermentation to begin ageing.

White wines prepared in the traditional method have a distinct flavour. A winemaker may soak the juice in the skins, which are white but not entirely colourless, for a few hours or perhaps a day. White wine juice is washed away considerably faster than red wine juice because fermentation begins with a bit of colour and imperceptible tannins.

Assume the producer surprises you. For example, consider red grapes that were handled as if they were white wine throughout the winemaking process. The juice is allowed to contact the skins of the grapes for a brief period of time, resulting in a light pink colour.

White grapes may be used to create wine in the same way as red grapes by exposing the juice to pale skins for an extended time. The end product is a wine quite distinct from rosé. Unfortunately, these wines have yet to be assigned a name, which is a topic of continuous debate.

The term “amber wine” is used to describe the beverage’s colour in at least a few situations. If you’re searching for a softer pink or copper colour, you may want to explore elsewhere.

There are a few exceptions to this rule, though; most people like orange wine, a word that has gained popularity in recent years. Also, of course, both white and red wines are erroneous.

Orange wines might become famous, comparable to the hipster style already attracting bargoers from London to Tokyo. Given the current scenario, a 20-year trend of orange wines would not be out of the question.

Wines prepared in this manner have been around for hundreds, if not millennia, making them the oldest kind of white wine. Moreover, certain parts of the globe, such as the Republic of Georgia, have never ceased producing white wine in this manner, despite governmental and cultural pressures to utilise more traditional mass-production techniques throughout the Soviet period.

In the world of orange wines, the forces of history and fashion collide to form an intriguing clash. They are revered as marks of cultural identity in regions with a long history, such as Georgia and Slovenia, while they are loathed elsewhere for their superficial trendiness.

While some have praised their distinctiveness, others have criticised them for being incorrect, oxidised, repetitive, and uninteresting.

As a consequence, both the acclaim and the criticism were well-deserved.

It is relatively unusual for some orange wines to be bland. People rapidly grow tired with them as the novelty wears off. However, why should it be unusual to come across terrible examples of any kind of wine?

Certain white wines are considered faulty because of their haziness and tannins.

The finest orange wines are successful not because they are orange but because they convey beauty and culture profoundly and distinctly.

The wines of Josko Gravner and Radikon, both of whom operate in Friuli-Venezia Giulia’s Collio area, where northeast Italy meets Slovenia, were among the earliest and most notable revivals of these wines. Their resonance originates from the fact that, in dealing with decades of history and struggle, they communicate powerfully on an emotional and logical level.

Mr Gravner was a successful winemaker who avoided contemporary trappings in the 1980s and 1990s. He was inspired by the Georgian practice of fermenting wine in amphorae, buried in the dirt to keep it cold during his search for something more rewarding.

He reinstated the amphorae and skin-maceration methods at his winery in 2001, and the quality of his orange wines has since become the industry standard.

Amphorae, according to Stanko Radikon, were a thing of the past. However, he undertook his own studies and invented new ways for creating a wine that significantly altered how his forefathers may have done it. Mr Radikon’s son, Sasa, has continued the practice following his father’s death in 2016.

In certain aspects, the Gravner and Radikon wines are pretty similar. The tannins in both give a somewhat raspy flavour. However, unlike many orange wines, they are bright with scents and flavours that depend on pressed flowers and dried fruits rather than fresh ones. They are, nonetheless, distinct.

Gravner wines are full-bodied, lively, and have a lengthy finish. They have a sharp intellect as well as a sense of comedy. They seem to be more lively and cheery, yet being as detailed as the Radikons.

This pair is equally stunning, and both were created to rigorous standards by artisans who work on the cutting edge, taking risks that they effectively manage.

Few orange wines can compete in terms of intensity. But I can think of plenty of good ones. To name a few, Domaine Julien Meyer, now run by Patrick and Mireille Meyer, dates back to 1706 and is one of Alsace’s pioneer organic and biodynamic wineries. Sharing the same Terroir as famous grand cru domains, Patrick produces a wide range of unique orange wines that are the envy of many conventional winemakers in the area. Excellent quality winemaking and uncompromising attention to detail have paved the way for these wines to the tables of high-end restaurants worldwide and wine bars in the know.

Pinot Gris macerated: The colour is a very concentrated orange, which at first glance look like vermilion/copper (due to this variety’s brownish-pink skins). Its seductive, lively nose of cherries and small red berries (redcurrant, cranberries) leads to a fleshy, toned palate; crunchy fruit lined by welcomed acidity and a sense of freshness.

Artemis 2018: This is an excellent name for this delectable orange wine. You’ll adore being pursued and succumbing to her enchanted charms of colour, aroma, and taste. A brief overview of the winemaking process: Gruner Veltliner and Pinot Blanc were macerated separately for precisely 101 days on the skins.

Orange Wines, which may be obtained in the same places as natural wines, are also widely available in many natural wine stores.

Orange wines may sometimes be found in unexpected areas. The 2017 Akatcha skin-macerated white, Simon Bize et Fils, comes from one of my favourite Burgundy vineyards. The grape pinot Beurot, Burgundian slang for Pinot Gris, was used to make this wine, which is allowed in Burgundy but seldom seen. It has a complex flavour profile of fire, vitality, and herbs that lingers for a long time.

The maceration duration of the juice with the skins, the grape type and intended usage commonly differentiates bottles of orange wine. Gravner and Radikon, on the other hand, have the ability to macerate for months or even years, depending on the vintage. Topuridze wine from Georgia was macerated for six months, whereas Ageno was macerated for four months. Both were matured in barrels made of wood.

There are excellent and awful examples of every kind of wine. Modern wines have mostly eliminated defects that were once widespread in wine, such as oxidation and excessive volatile acidity. Some wines in the orange category, on the other hand, may continue to have comparable difficulties because they refuse to adopt technology solutions.

Although orange wines seem to be natural wines, this is not the case. Many, but not all, of them would be taken into account. The grapes for natural wine must be grown in a certain way, while skin-maceration is essential for orange wine.

While flaws in orange and natural wines are obvious, it is crucial to highlight that the deficiencies of dullness, sameness and bland sterility are accepted without complaint in conventional wines due to their prevalence.

This will not remove both sets of flaws. It does, however, make things simpler to understand. 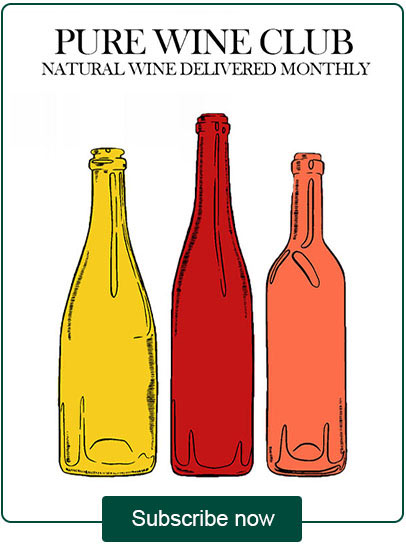 Pure Wines mission is to source, promote and supply naturally made wine and re-establish the original definition of wine as a natural product, whilst championing sustainability across our stakeholder community. All of our natural wines are honest and transparent, and a true expression of their origins. They are generally considered a healthier choice and environmentally friendly. Natural and organic wines are available for purchase via our online store and are delivered directly to you.